The city of Smiths Station, AL, recently acquired ownership of all streets within the city. Within the last year, they decided to rename streets named ‘Lee Road'.

Smiths Station has multiple streets named Lee Road followed by a number ranging from 2 - 2230. For example, Lee Road 13 and Lee Road 535 are two separate streets within the city of Smiths Station.

As of March 1, 2021, USPS no longer recognizes these addresses as valid during address standardization and NCOA. Instead these addresses are identified as invalid addresses and will be marked as bad within your CRM system.

The Mayor and Council shared a letter with constituents indicating details on what the name changes will be as well as what actions constituents should take in order to identify their new address.

Read their letter below or here: https://www.smithsstational.gov/ 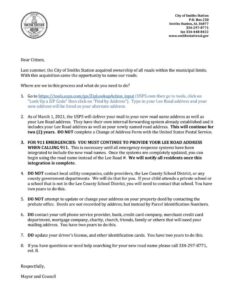 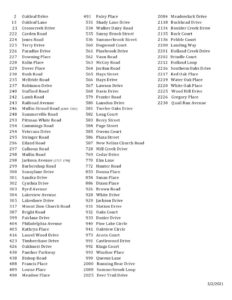 As you can see the only portion of the address that has changes is what is called the Street Name. All other address pieces will remain the same.

These steps will be helpful to you during your conversion of Lee Road addresses within your database:

TrueGivers has created a new stewardship task to help you determine the new street name for your constituents. Because of duplicates within the new naming conventions, the integration will not be updating these addresses with their new street name during our automatic processing. We do not want to rename street names incorrectly.

This new task will attempt to provide the new street name for your constituent; we urge you to confirm these addresses using the steps above or using SmartyStreets Single Address Validation tool.

Because USPS attempts to standardize and validate the address, the updated address within your CRM may not look right. Our team has put together a helpful hints guide to navigate what you are looking at.